After some absence, it looks like techno is making a comeback in Seattle! After all the festivities of Decibel festival in which we enjoyed artists like Jerry Abstract, Octave One, Carl Craig, DVS1, Peter Van Hoesen and more, the KRAKT crew is back with a series of new events.

A few years ago, KRAKT were throwing some legendary events until they decided to stop. Yet, KRAKT headquarters resurrected and felt Seattle “had grown a big vagina.” And that it was time for “Techno, Booze and Bitches!”

Well Hammarica.com couldn’t agree more with that. So we decided to check it out on the launch night at Electric Tea Garden. For this occasion KRAKT had secured an all star techno line up, including Bryan Zentz, Pig of Pig & Dan, KRAKT superintendent Kristina Childs, Miss Shelrawka and Roddimus.

Upon arrival Bryan Zentz was already tearing the place up with his signature sound. The sound system was beautiful, and Electric Tea Garden was mostly left dark without all kinds of flashy lights – just how we techno heads like it! Last time I had seen Zentz was at this warehouse party in Seattle’s central district back in 2008. Arguably, that was the best event I had experienced in Seattle since my move and therefore I was glad to see him again!

Zentz was really into it. Dark heavy kick drums and drone sounds were filling up the room. Sometimes switching it up with some electro/breaks sounds which kept it all fresh. A great start of the night for sure!

Next up Pig. If Dave Clarke is dubbed the Baron Of Techno, then Pig could very well be the ‘Biker Of Techno.’ At least, if we go by looks. As pig started the set he switched from the more banging techno to more of a tech house set. Personally I am not too much of a fan of current tech house. It all sounds a bit too clean and sometimes overproduced to me. Tech house back in the day from people like Mr C. and Michel De Hey had a way more attractive sound. Yet I decided to give it a try. To my joy, he was continuously building his sound, and within not too long of a time we went from the tech house stuff to REALLY BANGING TECHNO. It was dope, the crowd went bananas and there were some tracks played in that dark space that were out of this world. Pig continued for about an hour and a half when Kristina Childs took over.

First time I heard Kristina was a few years ago in Seattle’s Re-Bar where she played alongside Detroit legend Kevin Saunderson. At the time I felt she had outplayed him and this time around she did what we craved for: Play really BANGING and good dark techno.

It was really good!

If KRAKT continues on this path, I am sure Seattle can build a really solid techno scene and we will be able to get a lot more interesting artists from elsewhere in the world to town.

Thanks to all the DJs performing – KRAKT, Keep it up! 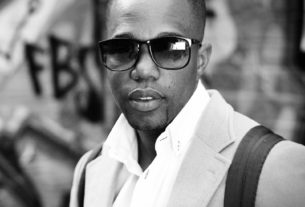 K1NG Releases The Perfect House Tune For This Summer

JUST IN TIME FOR FESTIVAL SEASON