Betsie Larkinreturns with “Obvious” – another hit-worthy single from her debut solo album, “All We Have Is Now” on the Premier imprint. This time she’s teamed up with international DJ/Producer Lange, to create an infectious blend of House and Trance over a vocal that’s sure to be stuck in your head for weeks to come.

Never settling for formulaic vocal trance, Betsie continues to push boundaries. Breaking onto the EDM scene in 2008 with the instant hit “Made of Love” with Ferry Corsten, Betsie has since had an impressive list of collaborations with artists like ATB, Andy Moor, Gabriel & Dresden, etc. “Obvious” is the next installment. The gritty thumping verse bursts into a chorus melody that puts most pop songs to shame. Soaring melodies and annihilating production navigate through dirty beats, explosive synth stabs, and a final colossal chorus that hits hard until the last moment. So if you’re looking for another tender trance ballad, you’ve come to the wrong place. In “Obvious” we witness two well-loved artists pushing limits and weaving in an out of genres with an ease that attests to their versatility and talent.

Betsie and Lange debuted “Obvious” to an audience of 7,000 screaming fans at Sziget Festival in Budapest in early August. The complete single package of “Obvious” also features three outstanding remixes by the likes of George Acosta, Wezz Deval and Serhio Vegas. 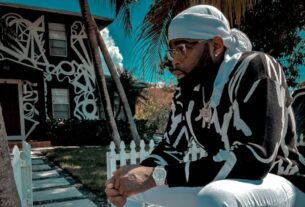